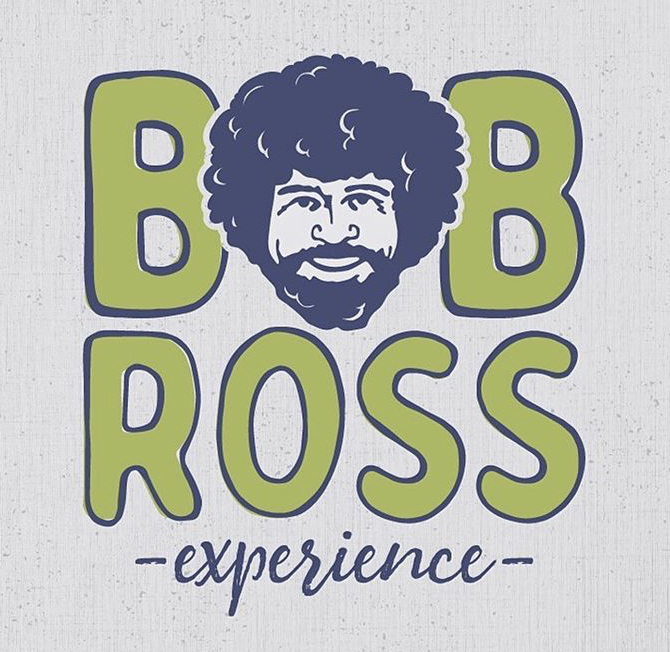 On October 29, 2020, Minnetrista will open the Bob Ross Experience. This will be accompanied with a week-long celebration and programming. More information to come.

Robert Norman Ross (October 29, 1942 – July 4, 1995) was an American painter, art instructor, and television host. He was the creator and host of The Joy of Painting, an instructional television program that aired from 1983 to 1994 on PBS in the United States, and also aired in Canada, Latin America, and Europe. Ross went from being a public television personality in the 1980s and 1990s to being an Internet celebrity in the 21st century, becoming popular with fans on YouTube and many other websites after his death.

Ross was well known for the catchphrases he used while painting such as “happy little trees”. Ross wore clothes that he believed would be a “timeless look” (jeans and a button-down shirt). He also used a minimalist set and spoke as if he were only addressing one viewer. During each half-hour segment, Ross would instruct viewers in oil painting using a quick-study technique from the imagination that used a limited palette of paints and broke down the process into simple steps. Art critic Mira Schor compared him to Fred Rogers, host of Mister Rogers’ Neighborhood, noting that Ross’ soft voice and the slow pace of his speech were similar.

The TV show, The Joy of Painting, was filmed by PBS station WIPB in Muncie, Indiana. The studio was set up in the L.L.Ball Home on the property of Minnetrista (Cultural Center). The Bob Ross Experience will open in October of 2020, in the same location that it was filmed. There you will see many of his work

BOB ROSS AND BOB ROSS EXPERIENCE ARE TRADEMARKS OF BOB ROSS INC. LICENSED TO THE MUSEUM. 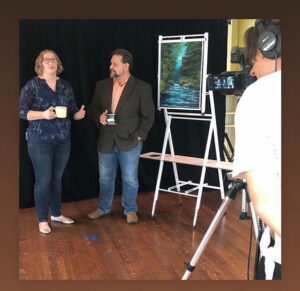 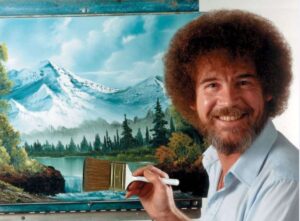