A 20 foot tall abstract sculpture of Cor-ten steel with red Epoxy by artist Richard F. Kishel. This was dedicated in 1973. Once located in downtown Muncie, it now is located outside of Studebaker Hall on Ball State University campus. 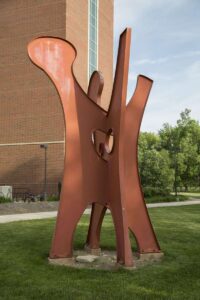 Every 15 minutes, 48 custom-made bells covering four octaves ring out across the Ball State campus from Shafer Tower. As the crowning glory of the north end of campus, Shafer Tower rises 150 feet in the air from the middle of McKinley Avenue. The tower is named after Phyllis and Hamer Shafer, members of the Miller College of Business Hall o f Fame and benefactors of the university and Muncie community. The tower is used to play pre-recorded music or music played on an off-site keyboard. For special occasions, a carillonneur can climb the tower where a keyboard attached to cables is used to strike the bells and produce music. 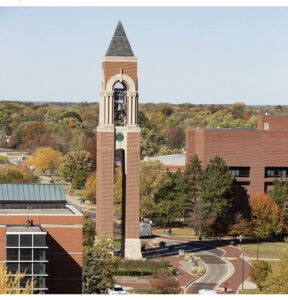 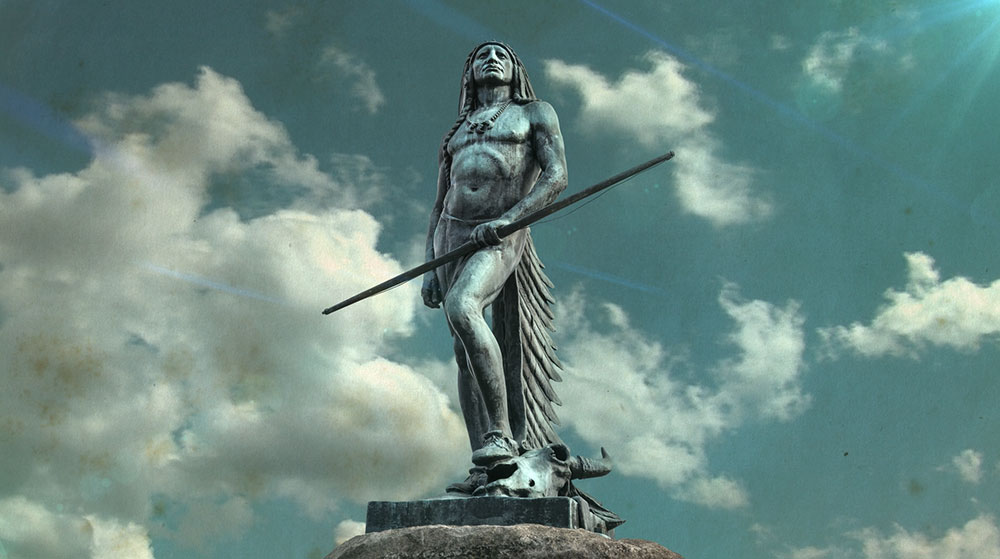 Passing of the Buffalo

The Last Arrow. The 1929 Cyrus E. Dallin (American 1861-1944) sculpture was purchased by Edmund F. Petty in 1975, who proposed that it be acquired as a tribute to his father, Fred J. Petty. In 1976, the memorial was donated to the City of Muncie and was installed at the intersection of Walnut and Charles Streets in front of the Ball Stores department store. By the summer of 1999, the department store had closed, and the building had been demolished. Street repairs necessitated moving the statue, so the opportunity was taken to perform much-needed restoration and preservation. The sculpture has been displayed at Minnetrista since the restoration until it was moved to Downtown Muncie on September 26, 2007. 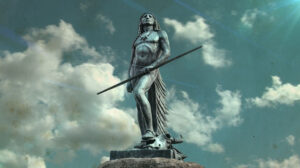 A bronze sculpture by artist Joe Beeler dedicated on December 9, 1998. Donated to the City of Muncie by the Sherman & Marjorie Zeigler Foundation to be the centerpiece of Riverbend Park. 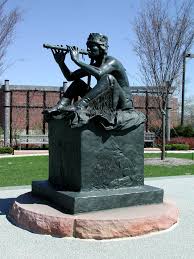 Installed in 1958 this historic McDonald’s sign is one of only two remaining of its kind. The sign was restored in 2006 and again in 2013. The classic sign is located at 500 E Charles St. 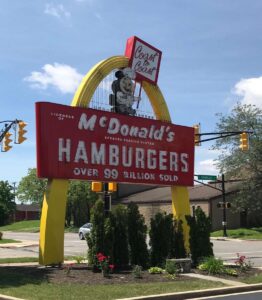