Late-night talk show legend David Letterman began his entertainment career in Muncie when he attended Ball State University from 1965-1969. He hosted an on-campus radio show on WBST called Make It or Break It in 1965, but that rock ‘n’ roll radio gig only lasted a week, playing the worst songs he could find and concocting fake news stories. Today, gracing the Ball State campus is a David Letterman Communication and Media Building. 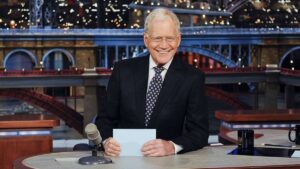 Muncie in the NFL

Muncie was one of 11 charter members of the National Football League that formed in 1905. The Muncie Flyers played in the NFL for 20 years before going bankrupt after the 1925 season.