In the 1920s, Robert and Helen Lynd led a team of sociologists in a study of a typical middle-American community. The Lynds chose Muncie as the locale for their field research, although they never specifically identified it as “Middletown” the fictional name of the town in their study. Muncie received national attention after the publication of their book, Middletown: A Study in Contemporary American Culture (1929). The Lynds returned to Muncie to re-observe the community during the Depression, which resulted in a sequel, Middletown in Transition: A Study in Cultural Conflicts (1937).  The Lynds’ Middletown study, which was funded by the Rockefeller Institute of Social and Religious Research, was intended to study “the interwoven trends that are the life of a small American city.”

The Lynds were only the first to conduct a series of studies in Muncie. The National Science Foundation funded a third major study that resulted in two books by Theodore Caplow, Middletown Families (1982) and All Faithful People (1983). Caplow returned to Muncie in 1998 to begin another study, Middletown IV, which became part of a Public Broadcasting Service documentary titled “The First Measured Century“, released in December 2000. The Ball State Center for Middletown Studies continues to survey and analyze social change in Muncie.  A database of Middletown surveys conducted between 1978 and 1997 is available online from the Association of Religion Data Archives (ARDA). Due to the extensive information collected from the Middletown studies during the twentieth century, Muncie is said to be one of the most studied cities of its size in the United States.

In addition to being called a “typical American city”, as the result of the Middletown studies, Muncie is known as Magic City or Magic Muncie, as well as the Friendly City. 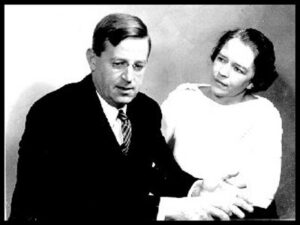