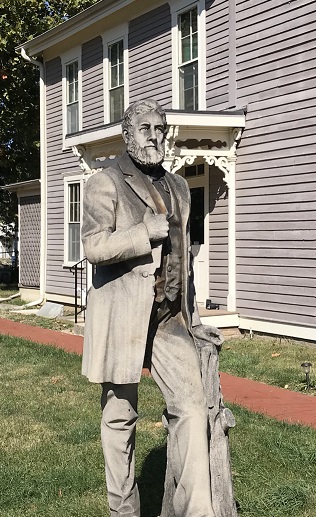 This is a memorial sculpture to Charles F Willard was installed in 1871.  It was originally located in a third story alcove of the Willard building.  The statue disappeared in the late 1960’s when the building was torn down and later turned up in Tennessee. in 2018, it was returned to Muncie. It is now located outside of the Delaware Co Historical Society, 120 E Washington St. 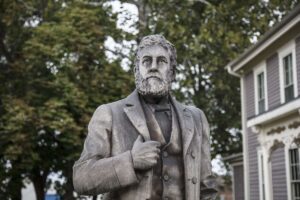